If you’ve been on social media this past week you have probably heard about Peach. It’s a new social media network/messaging app that’s only available for iOS devices (at the moment). As usual tekkies and younger people have been drawn to Peach first, and it’s a fantastic opportunity for social media marketing—especially since almost no one in the business is using it yet.

For social media managers, the dramatic rise of a new social network creates a headache of ANOTHER place to manage your brand. But for the casual tech star, it presents an opportunity — a chance to feel like a kid again and experience something new for the first time. Curiosity is king. 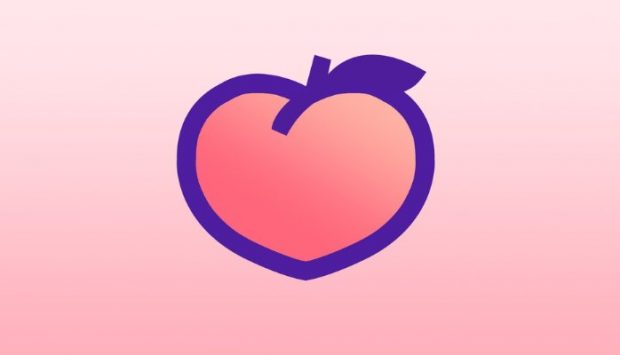 Peach skims some of the most popular features from Facebook, Instagram, Snapchat, Slack and Twitter for purposes of messaging and sharing. However, based on the fact that most of us are only close to around 100 people (even when we have thousands of “friends” or followers on social media), Peach focuses on the kinds of interactions that we use social media to engage in with those closer 100 people in our lives.

The end result is that it’s a very interesting way to keep in touch with your core circle of friends and family, for a start. You have more options than the dull Facebook “like” and you can post photos, gifs, text, links and more. Peach is geared for shorter shares like Twitter or Instagram, but you can easily tag people in your circle as you might on Facebook.

You can also let Peach guide how you share content; if you opt to do this Peach will make recommendations or ask you questions that you can respond to any way you like.

Peach is the work of Dom Hofmann, a co-founder of Vine, the popular video platform now owned by Twitter. It quickly won some favorable press, dominated many Twitter conversations and began to climb the download charts in the iPhone app store (there is no Android version).

With a domain name that just screams “hip,” Peach.cool is a mobile app that does what about a billion others do — let you message your friends with text, photos, and GIFs. But somehow, Hofmann got something right on this particular iteration because people can’t seem to get enough.

It’s a combination of some of our favorite existing platforms, with an interface that looks decidedly Slack-like. But it’s also got definitive elements of Twitter, Tumblr, and of course, Facebook. While you can’t directly (or privately) message anyone, you can do things like set statuses, share pictures, your location, or blow someone a kiss. Self-described as a “fun, simple way to keep up with friends and be yourself,” the app seems to have mastered the combination of overstated simplicity and understated absurdity. I mean, come on — how many more ways could you possibly need to share a status at this point?

Of course, it’s always fun learning your way around a new app that all of your friends seem to be using. And as far as the onboarding process goes, Peach is obviously making that as easy as possible. Thanks to Peach’s “magic words,” you can type things like “GIF” and be allowed to find and share one, or type “Draw” to make a little illustration. If you write “song,” you’ll share whatever you’re playing on your phone, and you can rate anything from a scale of one to five using the word, you guessed it, “rate.”

In a multifaceted revival of the Facebook poke, friends can wave, boop, blow a kiss, hiss or give a piece of cake.

Unlike Twitter, text posts appear to have no character limit. Nor can they be edited, a feature also missing on Twitter. Even so, nobody seemed to be writing any Medium-length essays.

The main difference from the popular social networks is the lack of a continuous social feed. The app shows when friends have posted something, more or less chronologically, but users must click into the friend’s stream to view it. As some users noted, this can be time consuming and is likely to discourage having too many friends. There is reportedly a cap on the number of friends.